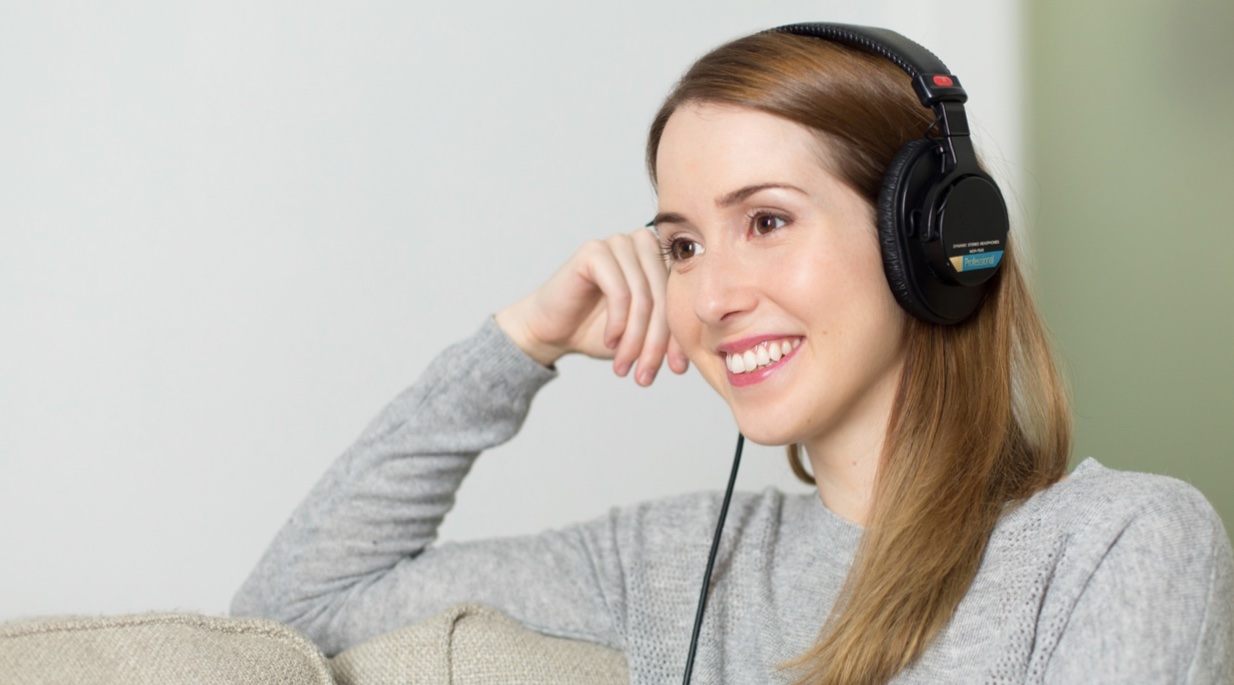 We have now been able to establish that people with a visual impairment can access to audio description. However, how do people with a hearing impairment watch films? Are subtitles sufficient here?

SDH, Subtitles for Deaf and Hard-of-hearing

People without disabilities would answer yes to the last question. But here they are mistaken. There are sounds that are important for the plot and that are not considered with subtitles. For this purpose, there is the so-called SDH, Subtitles for Deaf and Hard-of-hearing. These are also subtitles, whereby in addition to the dialogue, sounds, music, intonation, etc. are also subtitled here. This information is usually marked with a corner bracket so that the viewer knows that these are auditory elements. In addition, the speakers are indicated with a color so that the change in dialogue is clear to the viewer. These subtitles are mostly intralingual.

Now we come to voice-over. In this case, there is no effective dubbing. The soundtrack of the target text is superimposed on the original soundtrack. The source language thus remains easily audible. The target text must be a little shorter than the original sound because the beginning and the end of the original sound must be easily audible. This method is often used for interviews, news reports, or documentaries. However, there is a special case. No effective dubbing is done for Slavic countries. In this case, voice-over is used. One or two speakers, usually male, "dub" the films on the basis of the voice-over.

Now we come to remake. In this case, complete films are remade with new actors. The story usually remains the same, but there is a linguistic and cultural adaptation. An example of a remake is the Italian film "Benvenuti al Sud". The film is based on the French film "Bienvenue chez les ch'tis". "Benvenuti al Sud" was remade with Italian actors and adapted to Italian culture. The plot is largely the same, but the film has been adapted for the target audience.

Say Hello to Computer-Assisted Translation: The Personal Translator in Your Pocket

Breaking Down Language Barriers: A Look into the Future of Translation and Localization

How to grow your online business by magnitudes

Which are the 5 most common types of translation?

How to avoid the top-six localization mistakes?

The educational path of a translator

The key pieces to localize your software project

8 signs you should improve your localization process

What Is the Role of a Translator?

We’re a translation marketplace for companies and individuals searching for a translator as well as for freelance translators or translator agencies who are looking for a job.

Get the latest trends and updates right at your inbox.