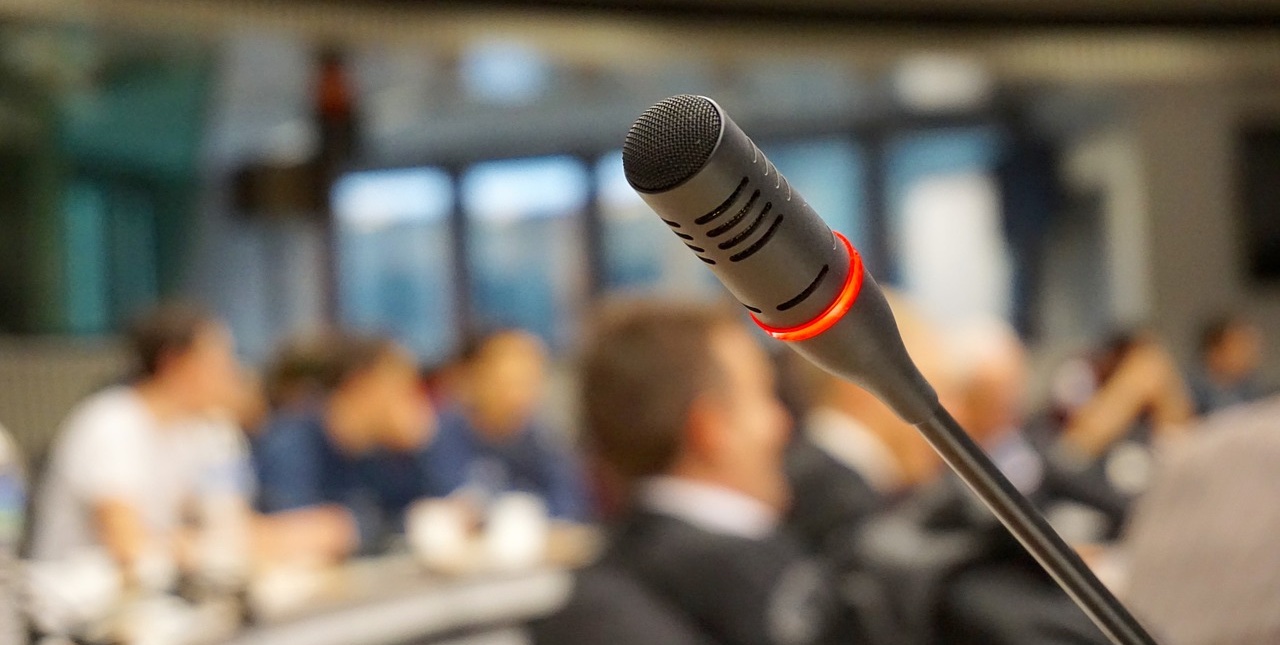 Have you ever wondered who does the subtitles for live broadcasts? Well, who could it be? The translator, of course! There are two different professions, but they are essentially the same. We speak of the respeaker or the speech-to-text reporter.

As the job title suggests, this profession involves repeating what is said. The respeaker dictates what is said into a microphone. The acoustic signals are then converted into written text by the Dragon software and sent to the subtitling system FAB-Subtitler, which then broadcasts the subtitles.

In Switzerland, the process is as follows:
Approximately 1.5 hours before the live broadcast, the respeaker receives a compilation of all information about the programme, including reference material for the planned contributions. The respeaker then analyses the reference material with Dragon, paying attention to which words, names, titles, etc. the software does not recognise and these are then recorded in the software so that everything can run as smoothly as possible during the performance. The respeakers are alone in a separate room, as any background noise would be disturbing and the quality could suffer.

Speech-to-text reporter are not only found at live broadcasts, but also at schools, for example. In this profession, what is said is not repeated, but typed into a computer. Speech-to-text reporters must be able to type at least 450 keystrokes per minute in order to be as close as possible to what is being said. Like the respeakers, the speech-to-text reporter have to prepare before each assignment and are dependent on the material. When working in a school, the teaching materials are therefore very important. There is little room for the teacher/lecturer to make spontaneous changes. The lecturer should speak as slowly as possible and, if possible, with a microphone so that the speech-to-text reporter can hear and type everything well. When typing, attention is paid to punctuation, but everything is written in lower case.

The target audience are people with a hearing impairment. The interpretation is intralingual, which means that it takes place in the same language.

How to grow your online business by magnitudes

Which are the 5 most common types of translation?

How to avoid the top-six localization mistakes?

The educational path of a translator

The key pieces to localize your software project

8 signs you should improve your localization process

What Is the Role of a Translator?

We’re a translation marketplace for companies and individuals searching for a translator as well as for freelance translators or translator agencies who are looking for a job.

Get the latest trends and updates right at your inbox.